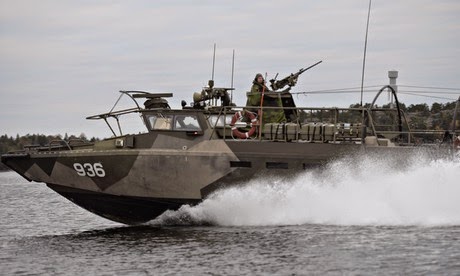 Hiding a submarine off the shores of a foreign capital might seem a tall order, especially when you have helicopters, ships and 200 troops on your trail. But in a murky and distinctly cold war-reminiscent game of cat and mouse, that is exactly what the Swedish navy appear to suspect Russia of doing.

Sweden’s military has spent three days scouring the waters off Stockholm for what has so far been officially described only as “foreign underwater activity”. However, intelligence briefings to local newspapers suggest a Russian submarine might have had mechanical problems while on a secret mission in the region.

In scenes reminiscent of the 1970s and 80s – when neutral Sweden regularly hunted for Soviet spy submarines in the Baltic Sea around the capital – 200 service personnel were mobilised along with helicopters, minesweepers and an anti-submarine corvette fitted with stealth-type anti-radar masking.

The operation began late on Friday following what Sweden’s armed forces said was a reliable tipoff about something in the Stockholm archipelago, which has 30,000 islands and rocky outcrops around which a submarine could lurk. The officer leading the operation declined to give more details, saying only that there had been no armed contact.

“We still consider the information we received as very trustworthy,” Captain Jonas Wikström told reporters. “I, as head of operations, have therefore decided to increase the number of units in the area.”

The Svenska Dagbladet newspaper said it was believed the intruder was a Russian submarine or mini-submarine that may have been damaged. It said the operation was launched on Friday after a sighting of a “human-made object” in the waters. The day before, Swedish intelligence operators intercepted a radio conversation in Russian on a frequency usually reserved for emergencies, the paper said.
Amateur photo released by Swedish Defence An amateur photo released by Swedish Defence shows a dark object in a white wake in the sea. Photograph: Swedish Defence/AFP/Getty Images

Another signal was intercepted on Friday night, but this time the content was encrypted. However, the report said, Swedish intelligence was able to pinpoint the locations of the participants. One was in the waters off Stockholm, while the other could be traced to Kaliningrad, the port that is the home of Russia’s Baltic Sea fleet.

The military sources would not confirm that a Russian craft was in distress, the Svenska Dagbladet reported, but it added that Russia does have mini-submarines based at Kaliningrad.

Defence analysts cited in other reports speculated that a submarine might have been replacing old spy equipment or monitoring a Swedish naval exercise.

Russia, for its part, has denied this, saying its submarines and ships are “fulfilling their tasks in the world’s oceans”. A defence ministry spokesman in Moscow said: “There have been no emergencies or accidents with Russian military vessels.”

Sweden is among a series of Nordic and Baltic nations on increased alert over growing tensions with Russia in the wake of the Ukraine crisis. In September two Russian Su-24 attack jets reportedly violated Swedish airspace over the Baltic, prompting Sweden’s air force to scramble its own fighters.

Last week Finland complained that the Russian navy had twice harassed one of its environmental research ships in international waters, ordering it to change course and later sending a helicopter and submarine to pass close by.

The submarine hunt is an early political test for Stefan Löfven, Sweden’s new prime minister, whose centre-left minority government took office this month. Peter Hultqvist, the defence minister, told Svenska Dagbladet that the government hoped to be more open than its predecessor about military activity.

“What’s been happening in the Baltic Sea, including airspace incursions, shows that we have a new, changed situation,” he said. “Russia has made enormous military investments … with their increased strength they are training more, and that influences the security environment.”
Posted by News Updater at 12:21 AM No comments:

Kawasaki launched two products in India today. Apart from the entry-level Z250, the ER-6n was also introduced at INR 4.78 lakhs, ex-Showroom, New Delhi. The ER-6n is localized in India to the tune of 25-30 percent, while the Z250 is 40 percent localized. 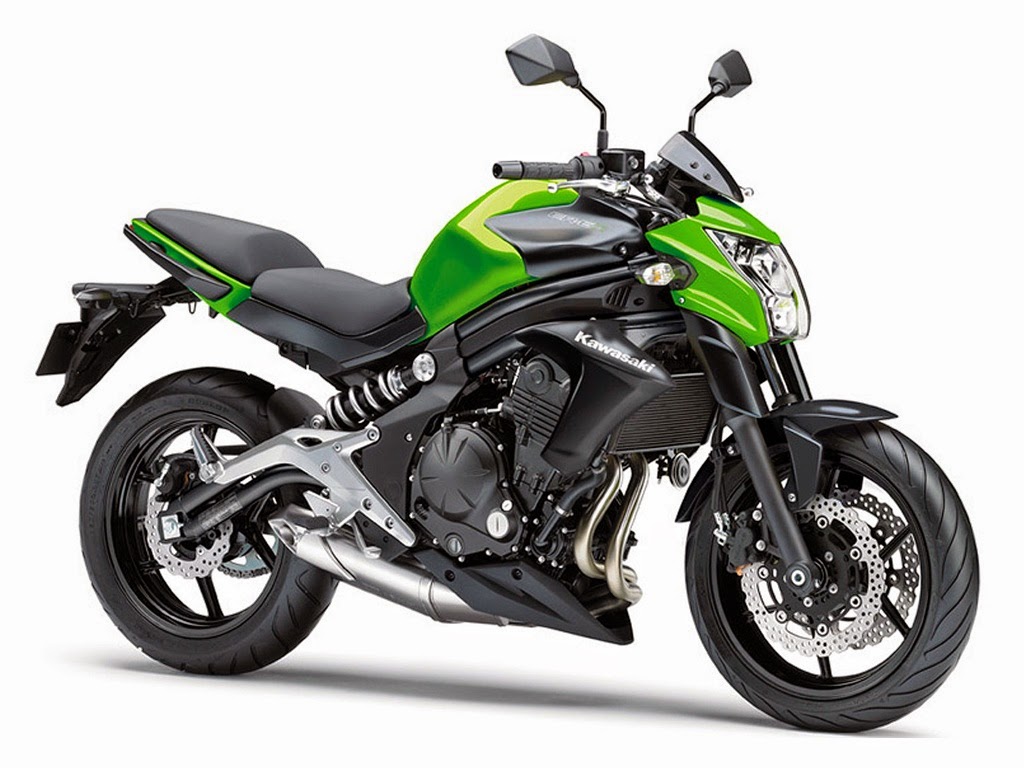 A 6.3 earthquake has been registered early Saturday off Japan’s northern coast by the US Geological Survey. The quake comes as the world’s biggest super-typhoon this year, Vongfong, is striking the south of the country. 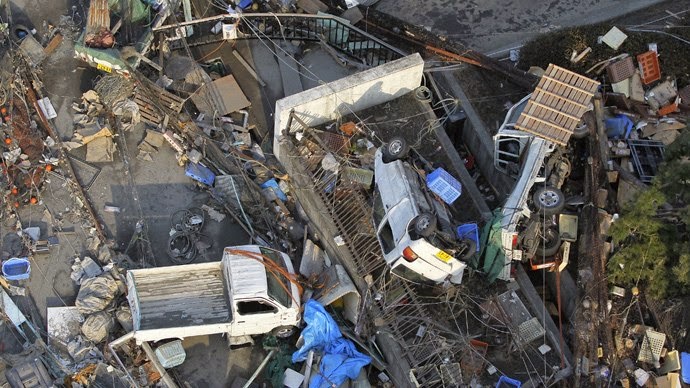 The tremor occurred at 02:36 GMT, the Japan Meteorological Agency reported. There have been no reports of damage, casualties or a tsunami alert.

The epicenter of the quake was located 154 kilometers away from the southeastern city of Hachinohe, in Japan’s southeast Aomori Prefecture, at a depth of 13 kilometers. 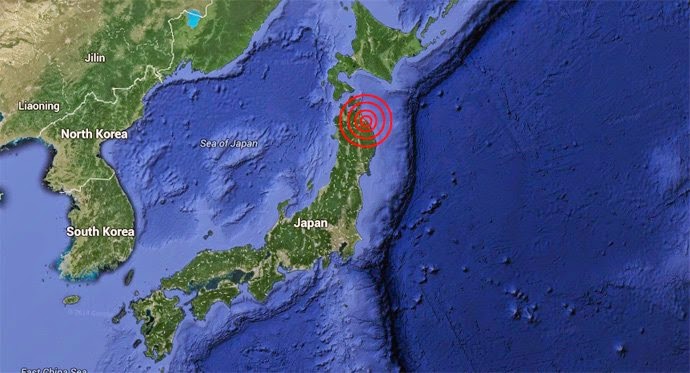 The epicenter of the latest earthquake is situated relatively far away, about 400 kilometers, from the Fukushima nuclear power plant, which was severely damaged by an earthquake and a tsunami in March 2011.
Officials from the Tokyo Electric Power Company (TEPCO), operator of the crippled Fukushima nuclear plant, reported a week ago that the tsunami projectile height at Fukushima NPP has been raised and that now it would take a 26-meter wave to damage the facility and cause radioactive leakage. 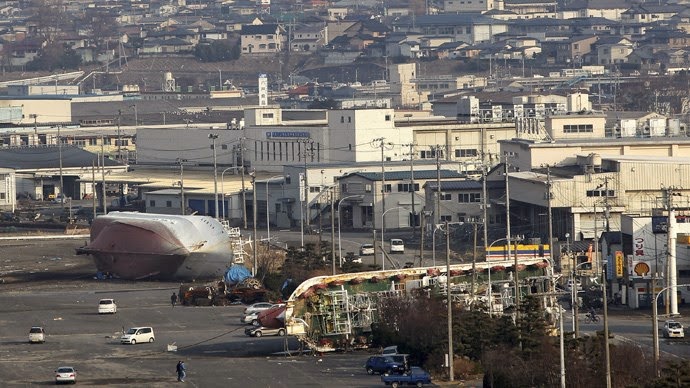 In the meantime super-typhoon Vongfong, the world’s biggest storm this year, has reached Japan’s southern Okinawa prefecture, causing a blackout in more than 17,000 households.
It is expected to head further to the north towards the Honshu Island. On Tuesday it could reach the capital, Tokyo, bringing with it pouring rain and gusts of wind exceeding 230 kilometers an hour, creating waves up to 15 meters high. 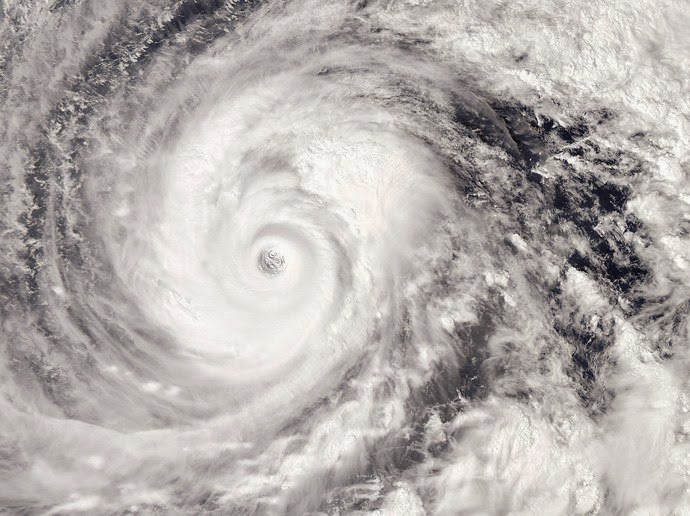 Another powerful typhoon, Phanfone, which struck Japan on Oct. 5, and a day later left six people dead and four missing. The storm left thousands of households without power, the cancelation of more than 600 flights and the planned evacuation of 1.9 million people in affected areas.
Posted by News Updater at 3:28 AM No comments:

Email ThisBlogThis!Share to TwitterShare to FacebookShare to Pinterest
Labels: 6.3 quake

Ferrari 458 Speciale A is Italy's most dangerous spider

A stands for aperta, which, if you know your Italian (or your old Ferrari specials), translates as open. No prizes for guessing it's the long rumoured Speciale spider, then, and despite having no fancy hybrid tech or dihedral doors, it looks set to steal a chunk of the Paris headlines.

It follows the same, simple recipe as the Scuderia 16M it effectively supersedes, taking the Speciale coupe – arguably the greatest supercar of the last decade – and lopping off its roof. Unlike the 16M, though, it doesn't have a fabric roof, instead employing the same folding hard-top setup as the regular 458 Spider, which adds 50kg to the coupe's curb weight. The Speciale A tips the scales at 1445kg.

Underneath the skin, the Speciale's mesmerising mash-up of screaming naturally aspirated power and mind-bogglingly clever electronics remains intact. That means a 4.5-litre V8 with 597 horsepower and 398 pound-feet of torque: enough for 0-62mph in 3.0 seconds, which is unchanged from the tin-top Speciale, despite the weight penalty. It also boasts an identical lap time to the coupe around the circuit in Ferrari's back garden (known more glamorously as Fiorano).

Complementing one of the more glorious engines on sale is a snappy seven-speed twin-clutch paddleshift gearbox and a host of driver-flattering acronyms, the most interesting being SSC (side slip angle control) which assists the driver in carving artful black lines around corners. The stability control can all be turned off, of course.

Being based on Ferrari's most extreme V8 berlinetta, the Speciale A is naturally its fastest, most aerodynamic spider, too.

Prices haven't yet been divulged, but with the 458 Spider commanding a £20,000 premium over its base car, we'd wager an entry point just shy of £230,000 for the Speciale A. That's a largely irrelevant of course, as it doesn't take an awful lot of options list surfing to crank Ferrari prices up considerably. You can probably save yourself a bit of cash by avoiding the lurid blue carbon in the shots above, though...

The 458 Speciale looks set to be the last naturally aspirated V8 road car to roll out of Maranello, with the 458's replacement – which could arrive as early as next year – set to gain a pair of turbos, like this year's California T. With the ability to fold its roof and take in every one of its screaming decibels, the A could be the ideal way to sign things off.

You'll have to be quick if you want to titillate your eardrums, though – unlike the coupe, this one's limited. Just 499 will be sold, making it as scarce as the LaFerrari.
Posted by News Updater at 2:28 AM No comments: